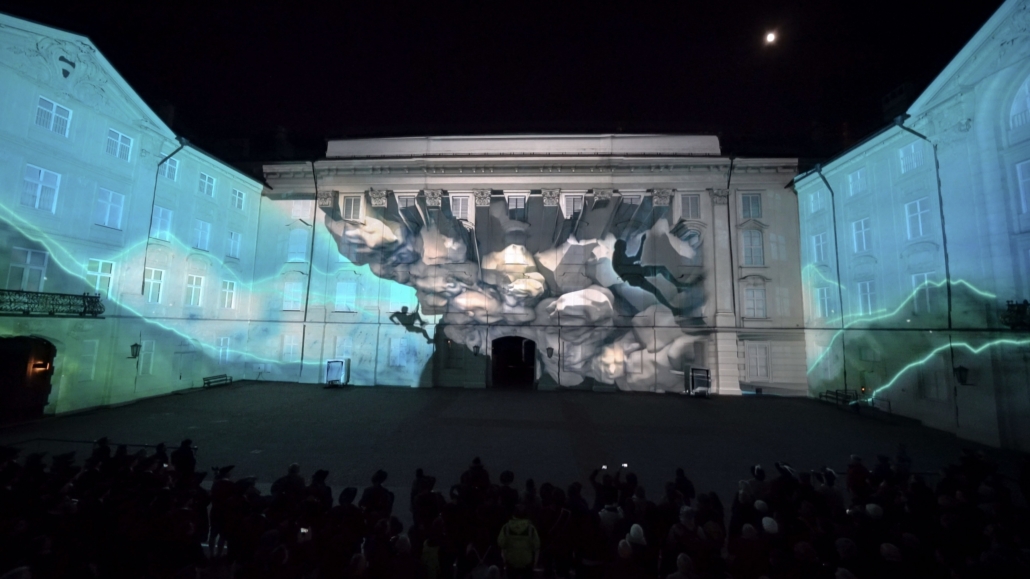 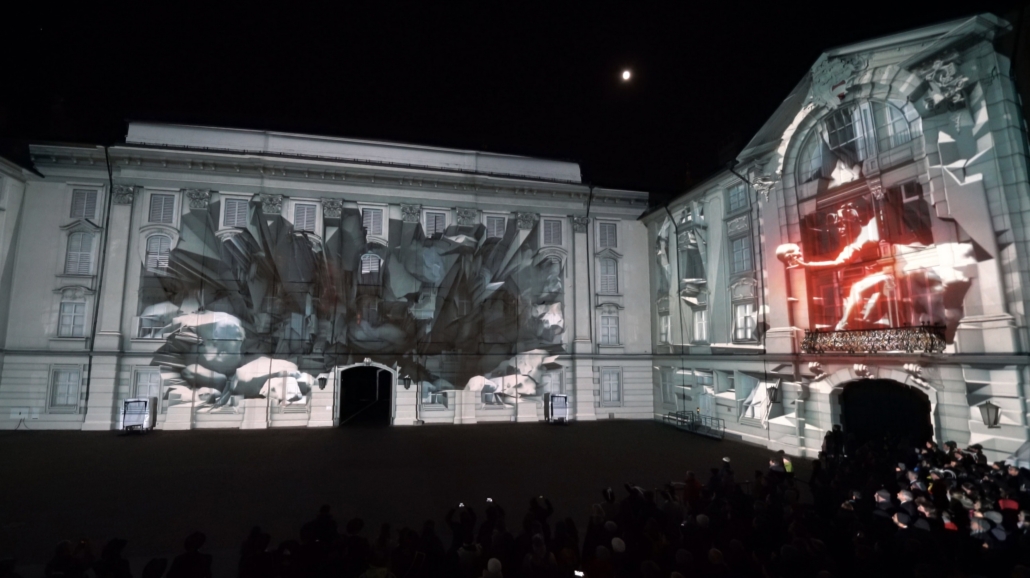 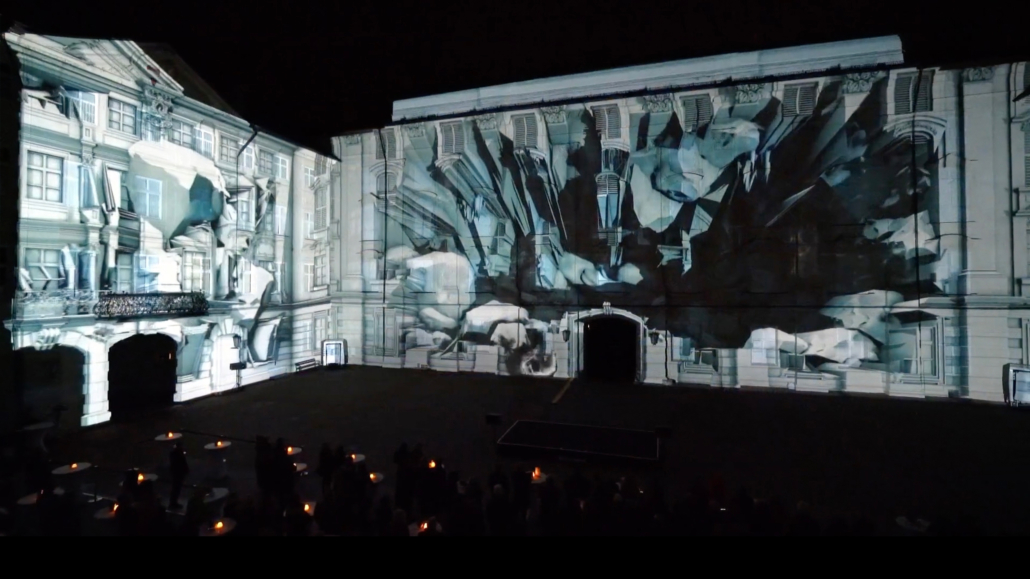 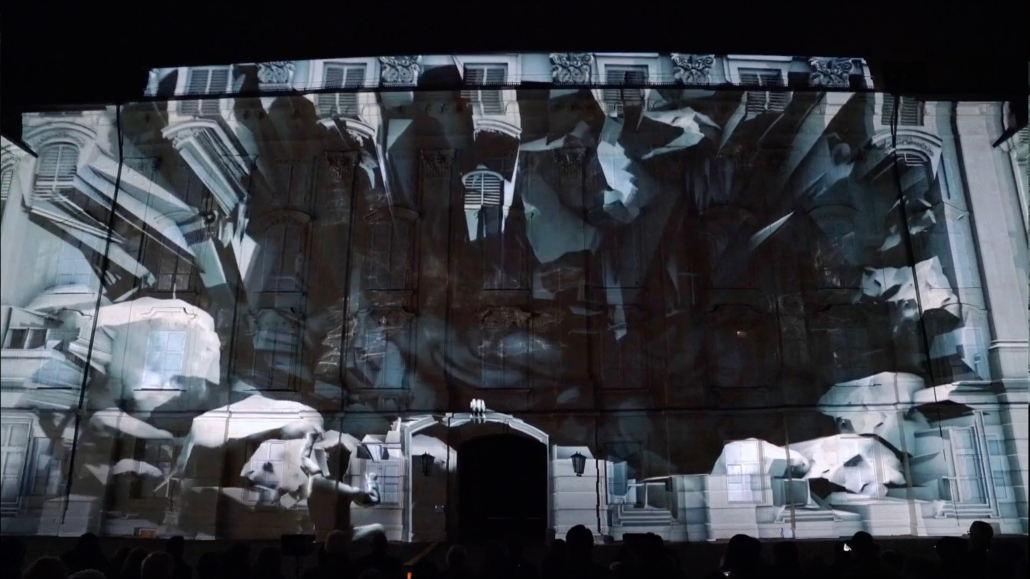 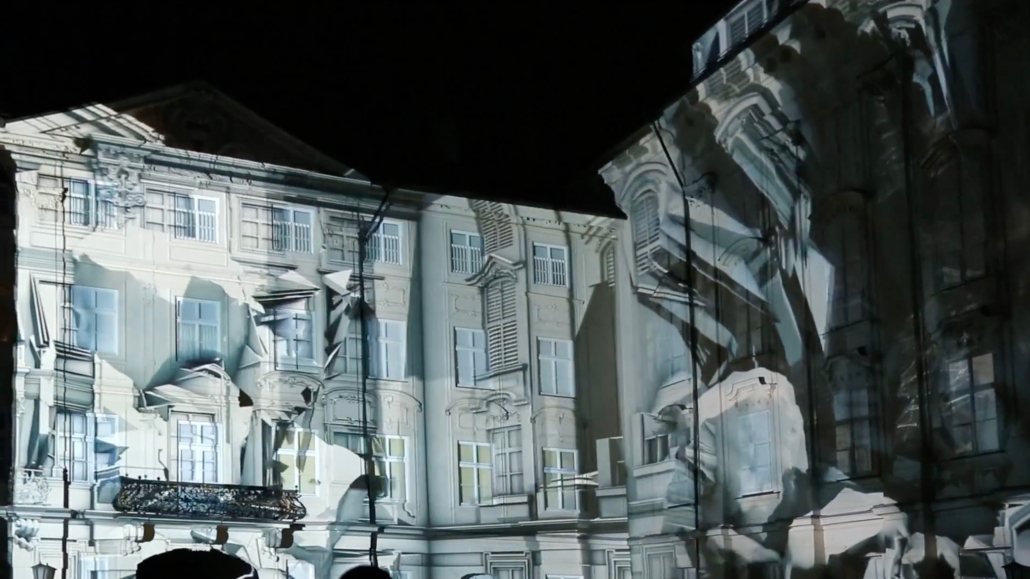 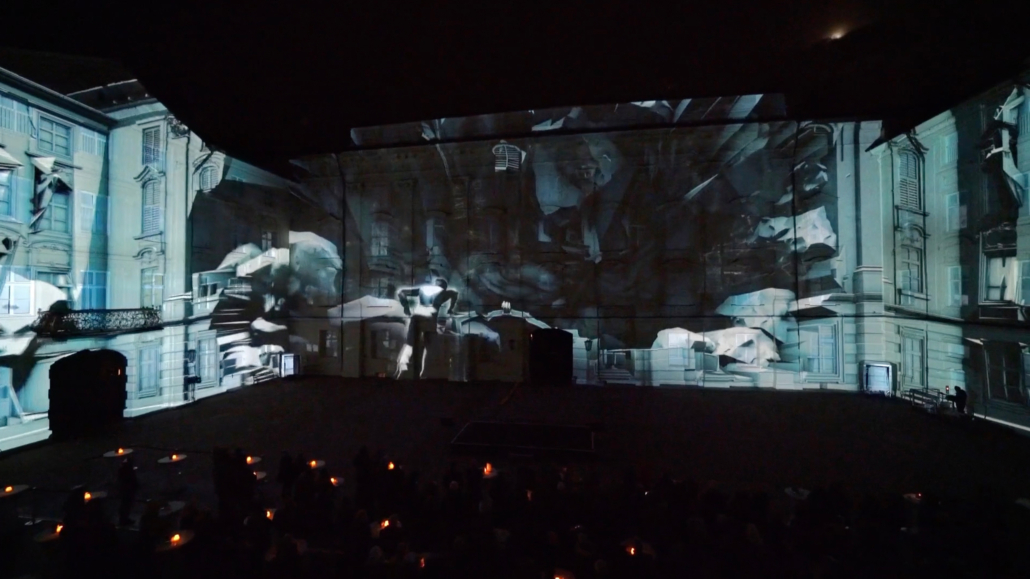 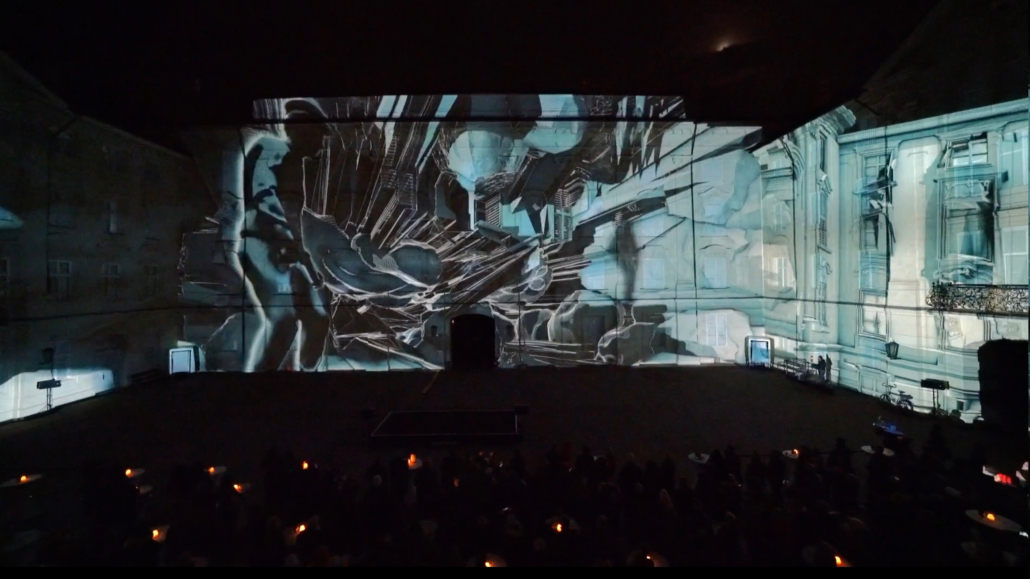 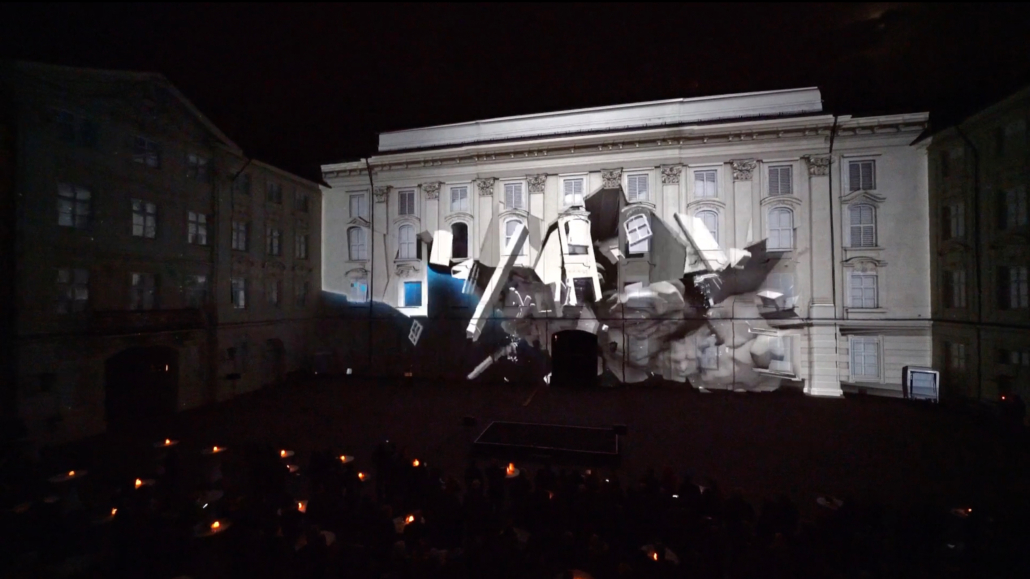 In 2018 we were asked to create a scene for the viennese company Lichttapete ( Now, Lumine & Modulux )

At the beginning of the commemoration year of the 500th anniversary of Emperor Maximilian’s death they specially produced a projection mapping show in the Hofburg Innsbruck.

We produced the martinswand scene where a cave carves itself into the mountain and emperor maximilian climbs in and vanishes into thin air.

All in all a really great show.