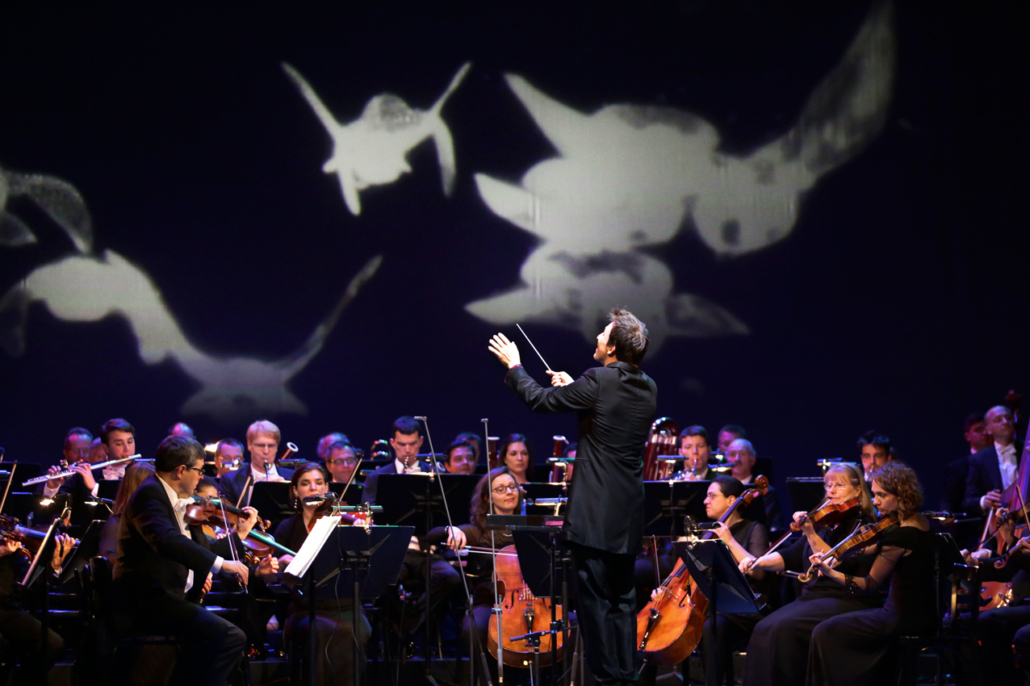 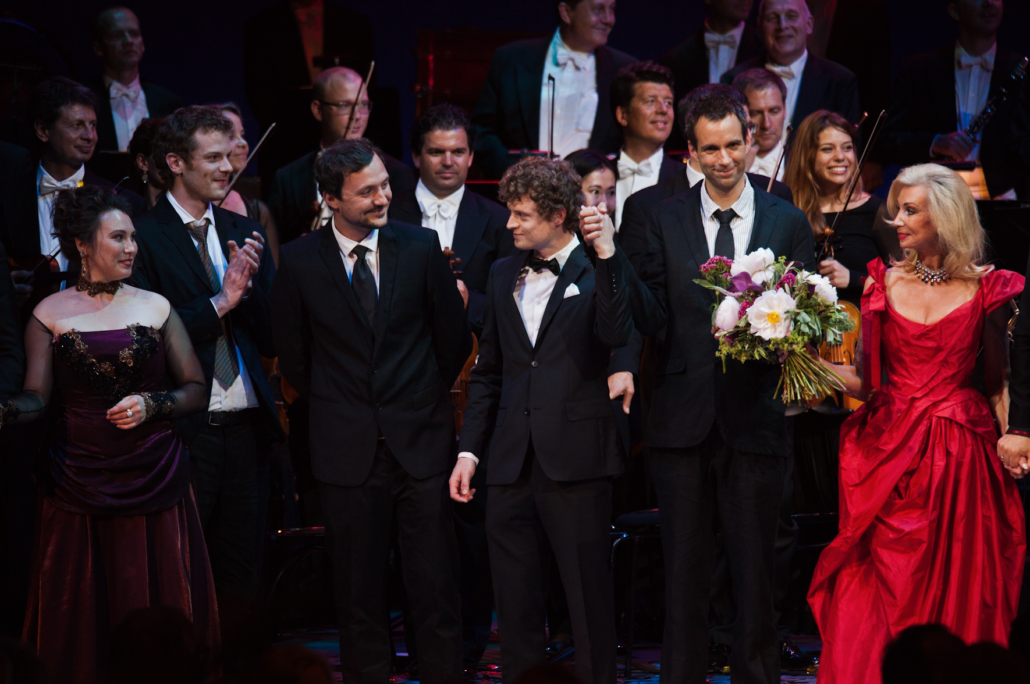 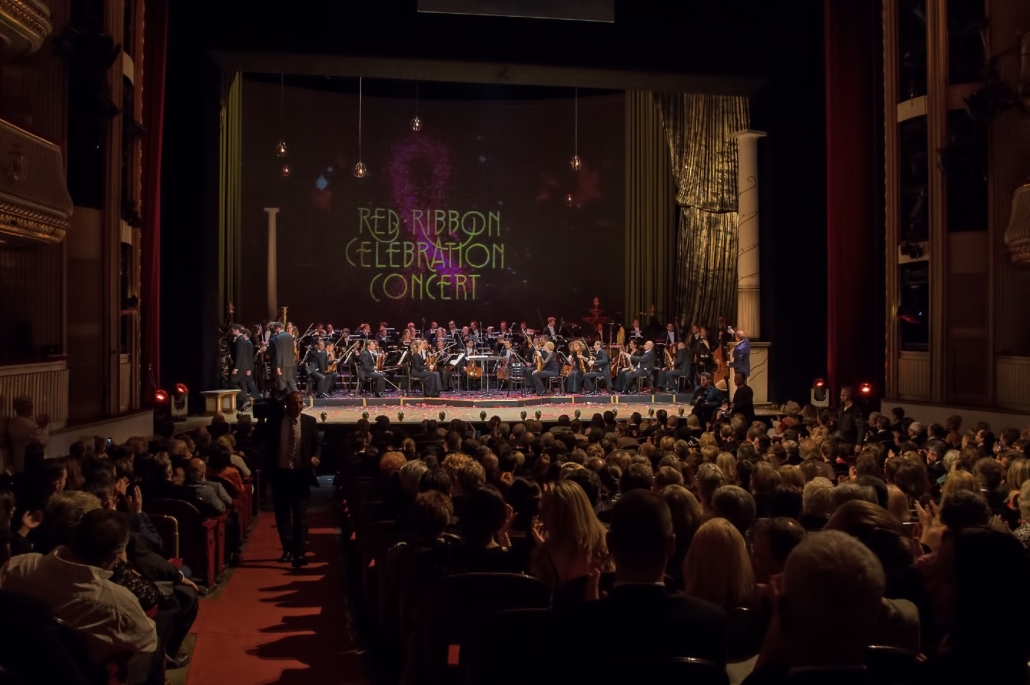 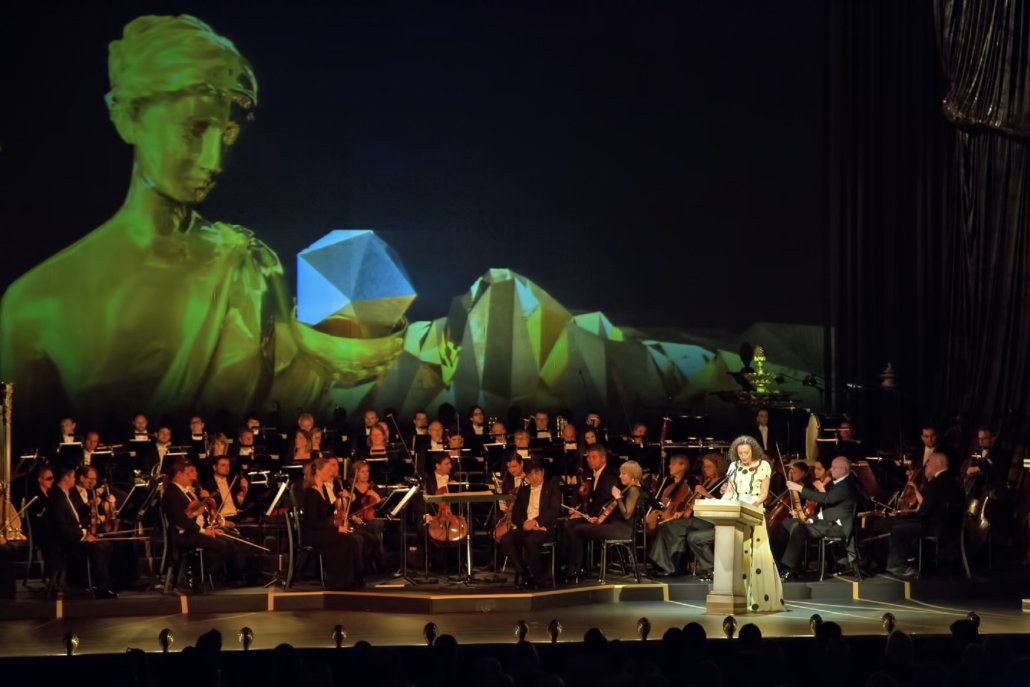 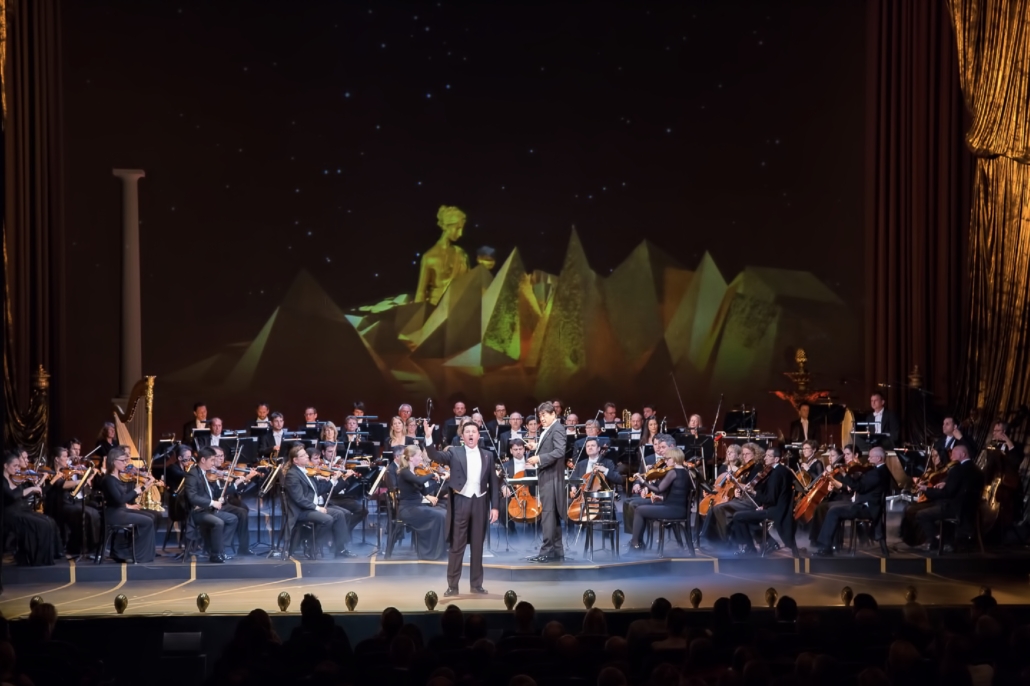 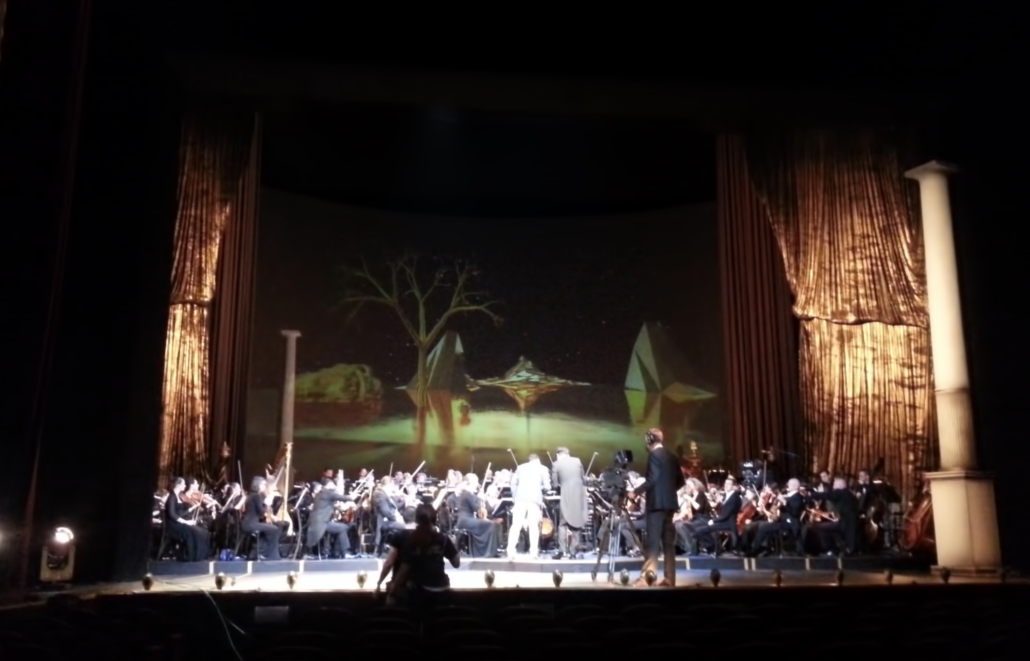 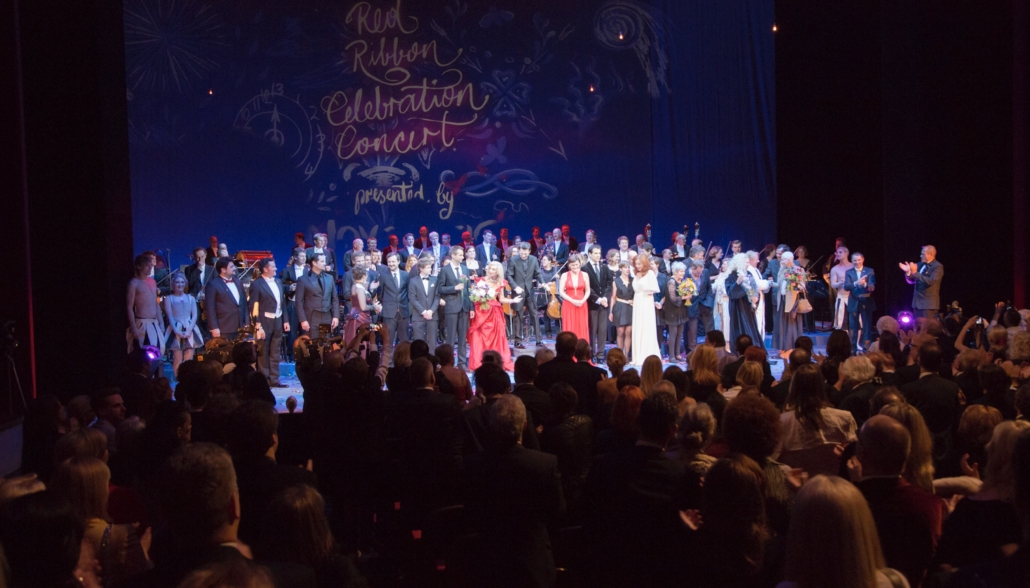 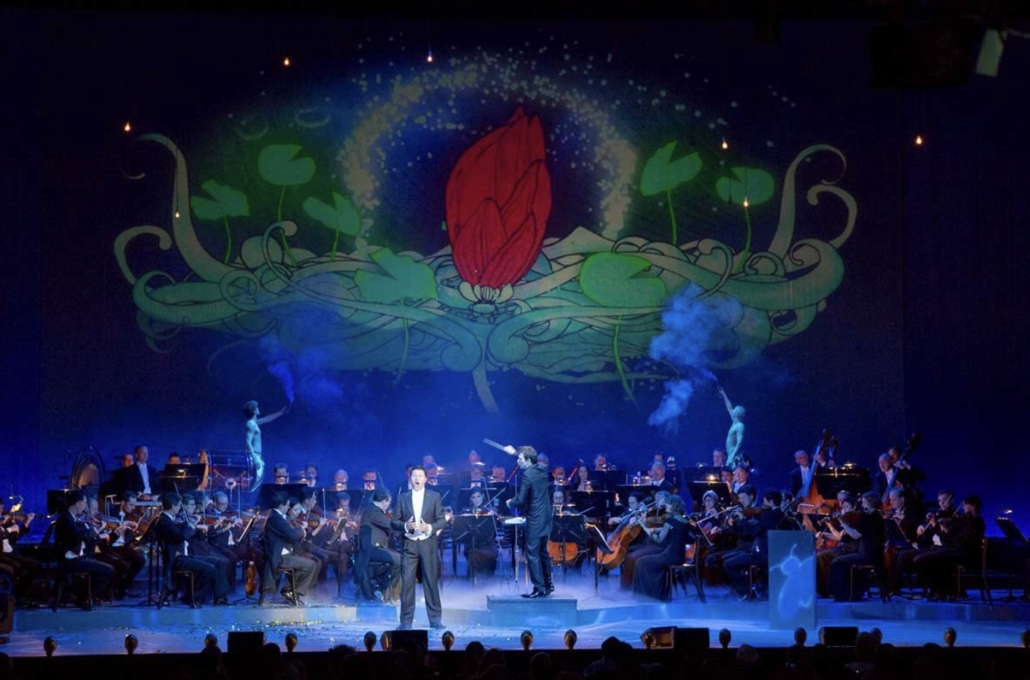 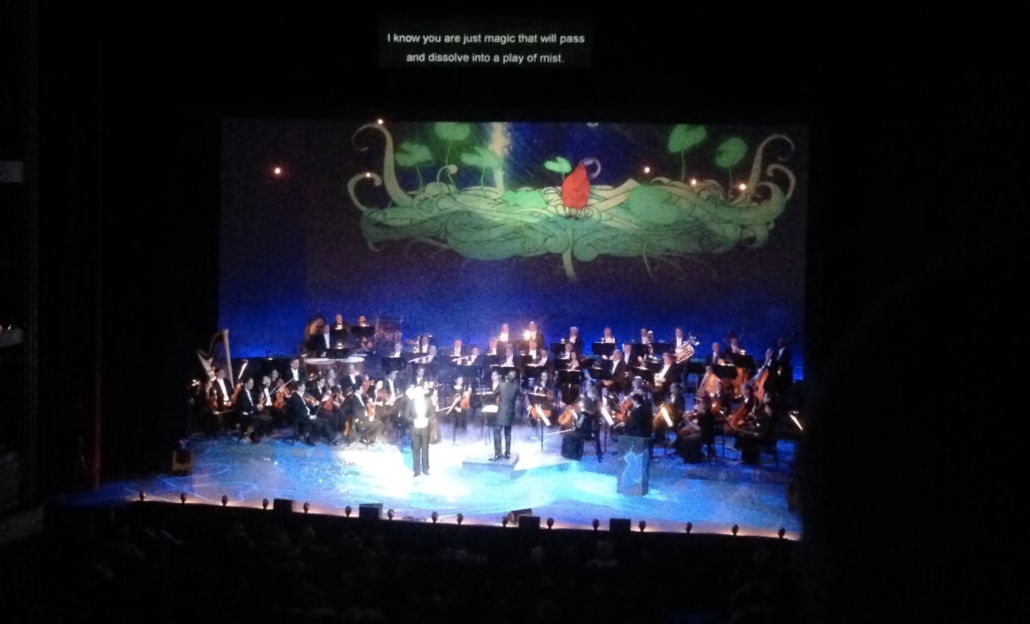 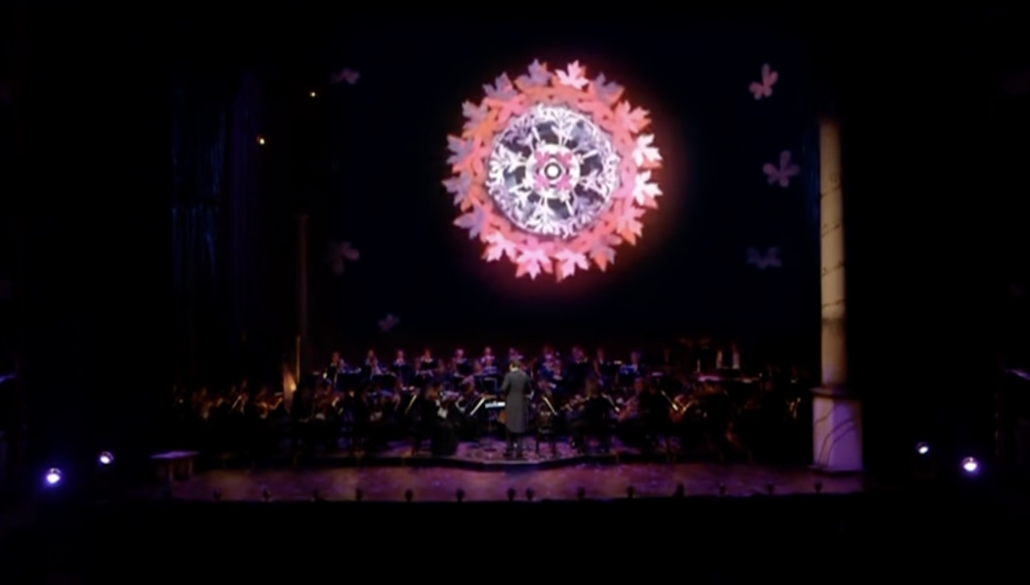 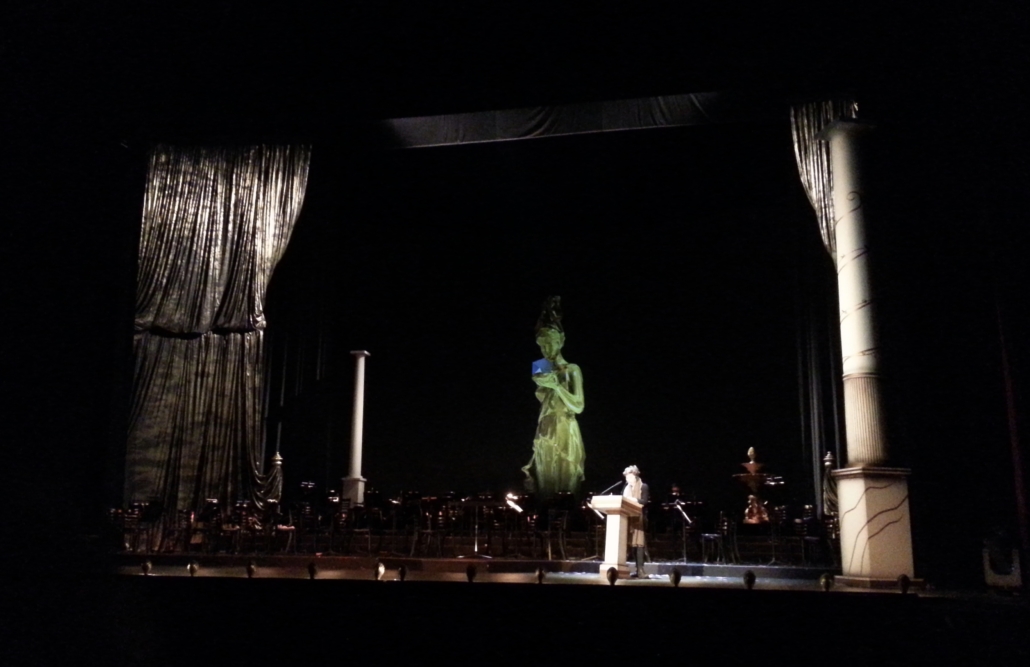 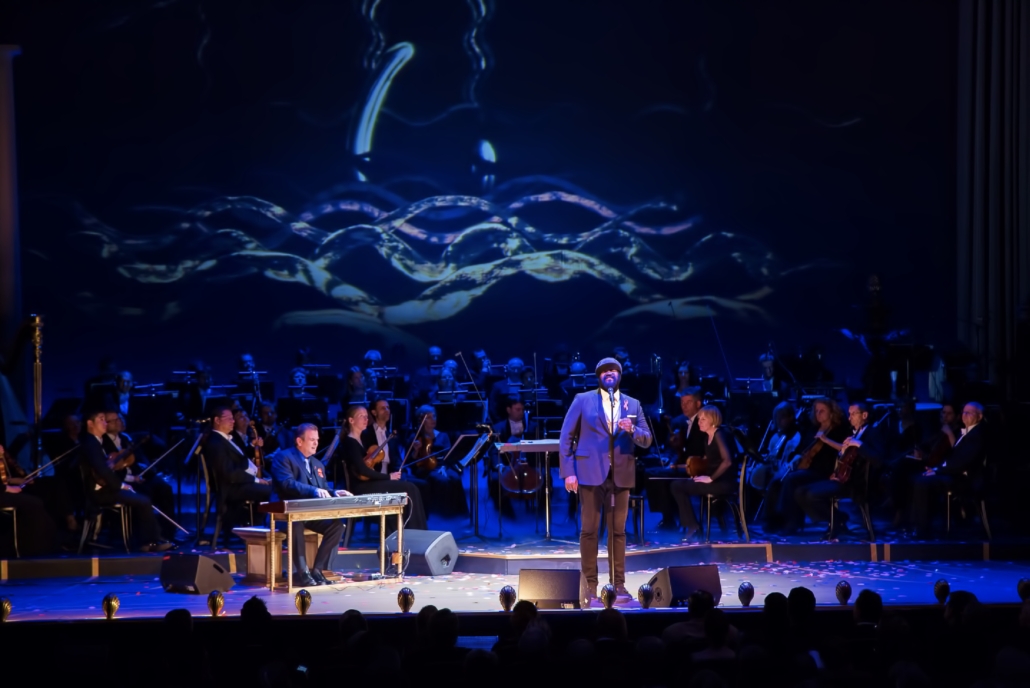 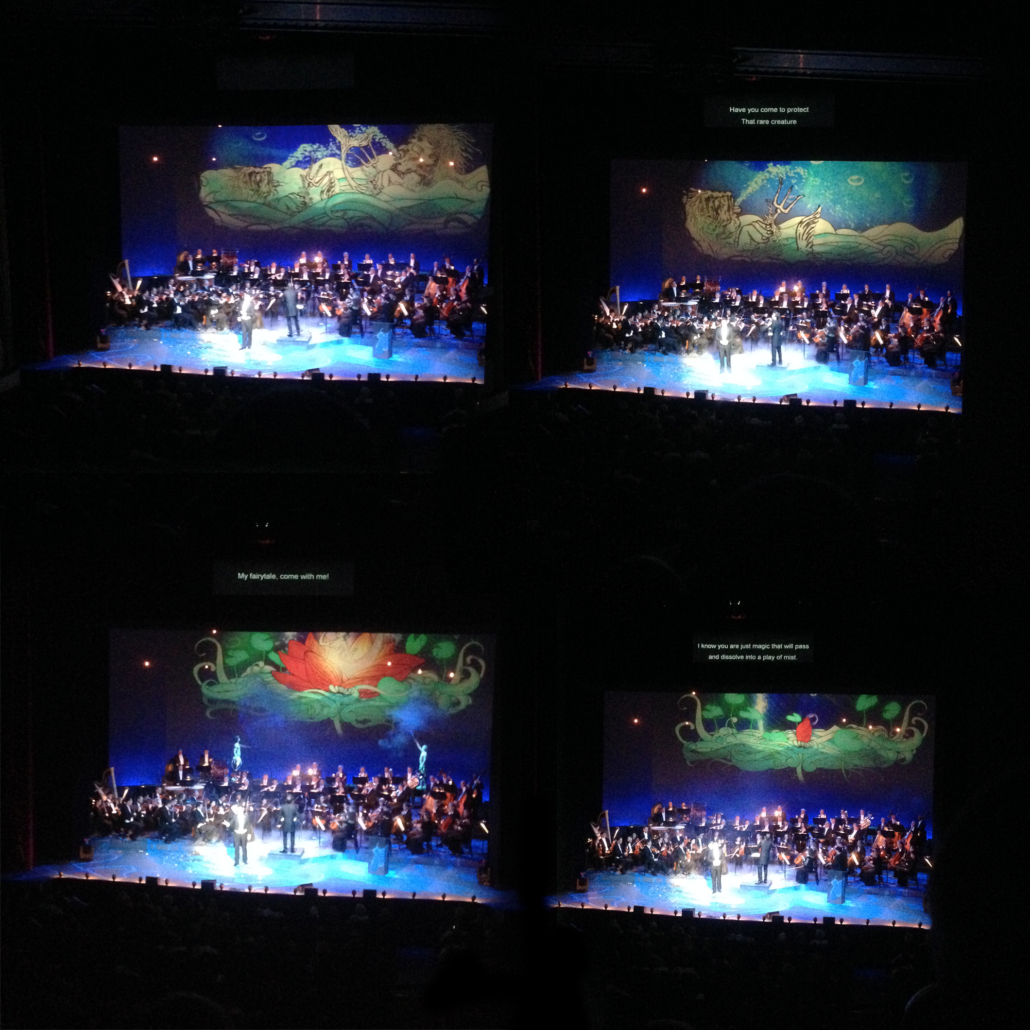 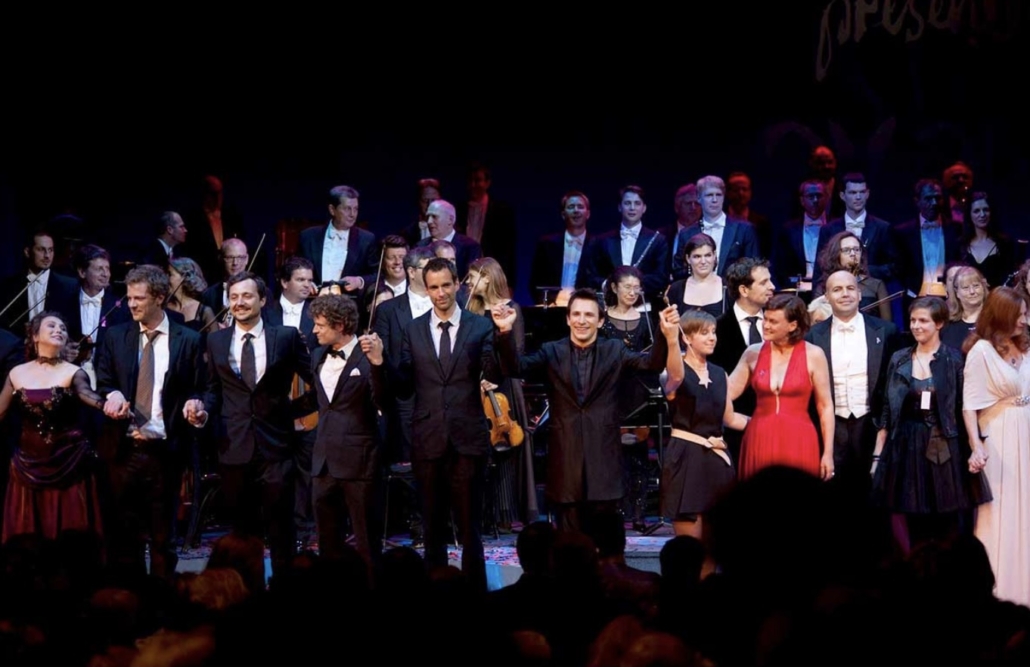 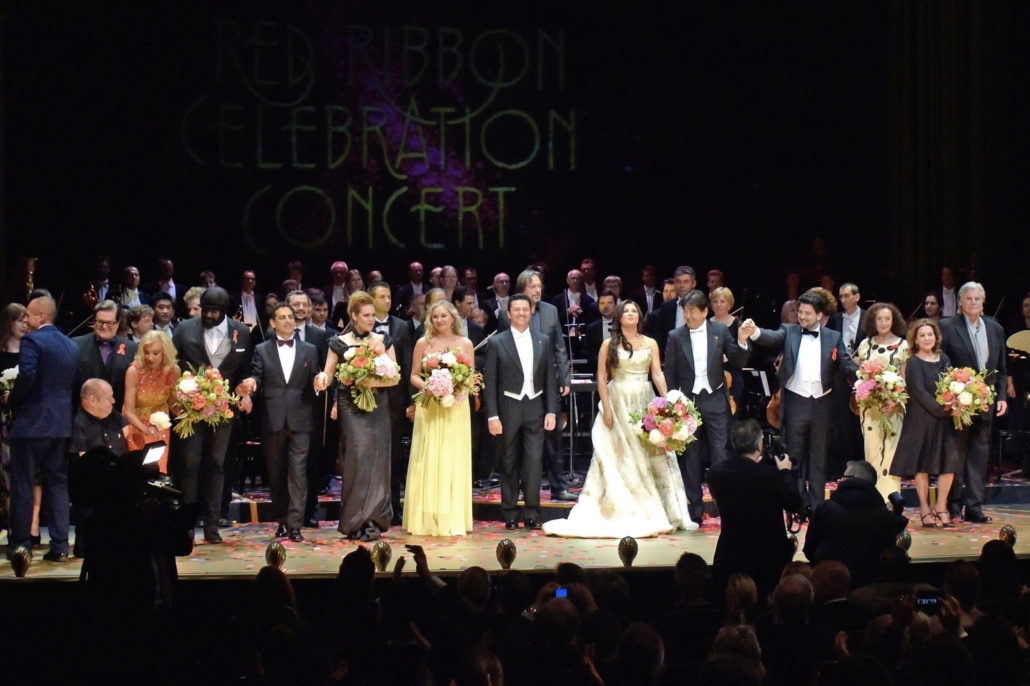 Two years in a row we were on the stage of the Burgtheater, together with the director Alexander Wiegold and many international stars of the opera scene and politics. In 2014 and 2015 we had the opportunity to design the Red Ribbon Celebration Concert and tell the stories of the arias with films and animations influenced by the dutch painter Hyronimus Bosch.

2015 On the evening of the Life Ball, Juan Diego Flórez, Piotr Beczala, Thomas Hampson, Vesselina Kasarova, Jennifer O’Loughlin, Yusif Eyvazov, Luca Pisaroni and Ildar Abdrazakov lent their unique voices to the motto „United in difference“. Readings by Hollywood mimes Marcia Cross and Billy Zane as well as acting greats Andrea Jonasson-Strehler, Elisabeth Orth, Sunnyi Melles, Ben Becker and Cornelius Obonya provided food for thought on topics such as solidarity and humanity in addition to classic plays. Song Contest winner Conchita Wurst also made a poetic contribution about tolerance and respect. The soloists of the gala concert were accompanied by the ORF Vienna Radio Symphony Orchestra under the direction of conductor Cornelius Meister.